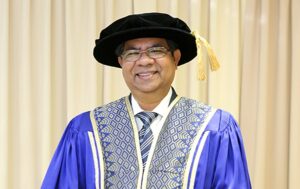 The Founder and President of Lincoln University College ( Malaysia ) is Dr. Amiya Bhaumik, who is purely from the field of education. During his career , he has held many international educational positions ( both academic and administrative ). Most notable position was Director of International for Ottawa University ( USA) for setting up various international educational collaborative programs , faculty exchange, research, new educational venture and start up .
During this tenure, Dr. Bhaumik has traveled extensively to Europe, Africa, Asia, North America, Latin America and Australasia. Dr Bhaumik is a visionary educational leader who believes in developing the society through education , training and skill development. Dr Amiya’s personal believe as per Vivekananda’s ideology is. that the education and training will help every human being to manifest their own potential divine strength and power which is already present within themselves. He believes that we all educators should help the mankind to manifest such hidden divine power which is already existing within the human being He believes in Vivekananda’s philosophy “Believe in yourself “ and you will achieve your goal. 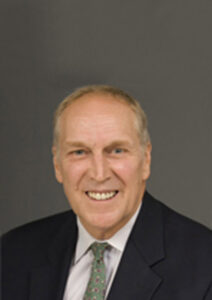 CONGRATULATIONS to our new LUC graduates! You are the class of 2016, and what a terrific achievement you have successfully completed. Amidst the time demands of class hours, class assignments, perhaps part-time employment, family responsibilities, friendships, social activities—–and the list could go on and on, you survived! Given all these demands, you have completed a qualification that will bode you very well for the rest of your life. With your new degree or certification qualification you have gained a new status. In the eyes of the world, you are now educated. And with this elite new status comes a new responsibility. In a word, it is leadership. Your new status makes you a leader in the world—and this applies to all future LUC graduates. Much has been written about management, very little about leadership. A useful synonym for leadership is influence. Sound leadership is not so much achieving and maintaining a position, although that happens, but it is more about being an insightful, informed and intelligent influence on people and on life situations.

So leadership skills and the ability to influence others will often determine successes in life. Some insights about leadership skills as influence have been found in the study of cranes. Large Sandhill cranes migrate long distances across countries and continents. These are the cranes seen flying in a “V” formation, one leading and the others flying in the wake. Studies have uncovered three leadership qualities in these cranes on their long journeys: 1) they choose leaders who can handle turbulence, 2) they rotate leadership, and 3) they honk approval affirming whoever is leading. Now, let us apply these findings.

1) As a graduate with leadership influence, you may be called to handle turbulence. In our world, turbulence is disorder, commotion, confusion, instability, or just change. In fact, you will be a change agent. As an educated leader, you may have a vision for a situation, or you may anticipate a problem and see a solution, or understands how to create positive results. As the world rapidly changes, you will be the educated ones who can bring understanding and insight to a situation, who can step up and be a positive influence. Opportunities for leadership may arise because you will understand how to move forward a difficult and stagnant situation. As an educated leader, you may be the person called upon to think through a situation and recommend an informed decision at work, in the family or in the community.

2) As an educated leader, be aware that leadership is often rotated. Being a leader does not mean having the highest pay and the biggest title. Leadership can be far more subtle and influential. And this means having the ability to work with others. An American President, Teddy Roosevelt, stated that, “The most important single ingredient to the formula of success is knowing how to get along with people.” The Center for Creative and International Leadership summarized their findings as to why some executive leaders were successful. They found that it was because they were able to admit their mistakes and give credit to others who were right. They also were able to get along with a variety of top leadership and support different leadership styles. They were sensitive and open to the insights and contributions of others.

3) Lastly, as a graduate leader, sometimes it will be vital to affirm another leader to be successful. Affirming another leader is a healthy team attitude. A good attitude in life is when we can see that the success of something is more important than our own status. This priority of task over self requires an attitude of self understanding and self acceptance. We are all called upon at times to be that team player and affirm the leadership of others. And a healthy team attitude is a powerful subtle leadership influence on other team members. There is an old Chinese poem along these lines:
Go to the people, Live among them.
Learn from them, love them.
Start with what they know,
Build on what they have.
But of the best leaders,
When their task is accomplished,
Their works done,
The people will remark, “We have done it ourselves.”

A person who lived these leadership traits was President Abraham Lincoln, the name sake of our university. He was elected President during the turbulent times of a civil war. He carefully chose cabinet members and always listened to their insights, admitting when he was wrong. And it was his attitude that helped him leave the log cabin of his birth to educate himself and become a successful lawyer.

So once again, congratulations to the 2016 graduates, and to all future LUC graduates. Always remember LUC as the place that gave you—and is giving you—a new status in the world, that of an influential leader.

Keith has enjoyed a long career in both academia and business. He holds degrees in radiological physics, pure physics and theology. He was on the team of scientists and medics who deployed the world’s first clinical MRI scanner and pursued his doctoral studies on the optimisation of the clinical performance of such instruments. He was subsequently on the faculty at Imperial College, the Royal London Hospital Medical School and Cambridge University and led the project to develop a new university in Milton Keynes, UK, the fastest- growing city in Europe. While on the faculty at Imperial, Keith span out four companies working in diagnostic imaging. He has served as CEO of a global EdTech company and serves on the Board of a number of high-tech and education companies. He has academic interests in education 4.0 and smart cities, and is an active non-executive director, consultant and executive coach.

Due to 4.0 industrilization process Lincoln is constantly engaged into research and publications. Currently we are upgrading our/your datatbase system to comply with 4.0 global industry requirements. Therefore please check your E-mail ID and or Whatsapp for detailed login process.

Due to 4.0 industrilization process Lincoln is constantly engaged into research and publications. Currently we are upgrading our/your datatbase system to comply with 4.0 global industry requirements. Therefore please check your E-mail ID and or Whatsapp for detailed login process.

Everything that I learned at Lincoln University College really helped put me above the competition in the field of my career.